I spent an hour and a half sitting in a full-service car wash lobby and my iPhone died. It reminded me how we used to entertain 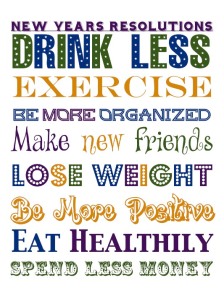 ourselves in boring situations just a  few short years ago. It seems to me that zoning out for a good long while is good for the soul. The thoughts turned to my 2014 resolutions.

One of my favorite books is The Picture of Dorian Grey. Lord Henry, a notorious hedonist in the novel, says at one point:

Good resolutions are useless attempts to interfere with scientific laws. Their origin is pure vanity. Their result is absolutely nil.

For 2013, I had just one: workout 200 days. I accomplished that goal on November 30. This year is a little more ambitious, but not altogether unrealistic. Some are definite, others are not.

Here are some links:

Camille Paglia is unlike any feminist I have ever heard of. The Wall Street Journal profiled her on Saturday:

“The entire elite class now, in finance, in politics and so on, none of them have military service—hardly anyone, there are a few. But there is no prestige attached to it anymore. That is a recipe for disaster,” she says. “These people don’t think in military ways, so there’s this illusion out there that people are basically nice, people are basically kind, if we’re just nice and benevolent to everyone they’ll be nice too. They literally don’t have any sense of evil or criminality.” 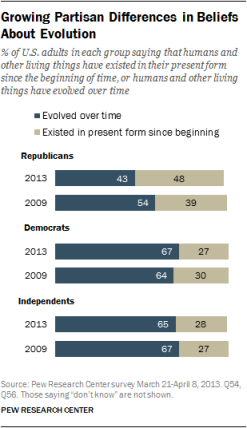 A third of Americans reject evolution, with a particularly pronounced shift among Republicans, according to a Pew Research study:

In 2010 I was invited to a scotch-and-cigars fundraiser for a Dallas state district court judge. I’d heard rumors about the guy so declined to attend. That judge was arrested for assault and domestic violence Saturday morning:

The two had been drinking for hours when they began to argue about medications for a juvenile who lives with them, the girlfriend said. Cortez choked her on the couch, dragged her by the hair to his balcony and forced her up against the railing. He strangled her for 15 seconds as she tipped precariously over the edge, she told police.

Apparently David Foster Wallace wrote an essay about rap when he was about my age. His biographer wrote about this period in the troubled genius writer’s life in The New Yorker:

The mid-twenties are a fraught time for the well-educated American male. There beckons the possibility of retreat, toward the warm communal bath that was college; that this can’t be done hasn’t sunk in yet.

Behavioral economics studies the effect of human psychology  on economic decision-making. I’ve written about it a bit here and here. Some professors discuss the field as it relates to Christmas in The New Republic:

Gift-giving is fraught in part because the messages that people want to send can be subtle, and gifts are an extremely crude means of communication. For instance, an obvious way to send the message “you are very important to me” is to purchase an expensive gift. But what if the recipient doesn’t realize the gift was expensive? You could remark offhandedly that “it’s a genuine Vuitton!”—intending this to translate as “and that’s how much I care about you.” But the recipient is just as likely to hear “and I want you to know that I spent a lot, so you will properly appreciate what a terrific guy I am.” She may even interpret your comment as an expectation of reciprocity, which spoils the effect altogether.